As we all know, women from all over the world are fighting for the rights nowadays.I think we all agree on the issue that women have suffered because of discrimination since the very beginning of society. This so-called "competition" between men and woman has existed ever since. As the study shows,not only men, but also a great number of brave, wise or beautiful women have dedicated their life to succeeding in achieving their goal. Of 949l1121j course, I am sure that there are more famous men than famous women, but the reaserch I have made shows that women too have had an important role in society, and in their continuous struggle for rights their names have remained in the history of the evolution of mankind.


Women got involved with all the possible domains, and the women I have chosen to present have had different types of careers that made them famous:


For reaserch I have used the Internet and surfed on several sites. There is a site that cought my attention, though. I was quite impressed by the author's words. The site's name is www.distinguishedwomen.com and its author, Danuta Bois, explains in a few lines the reason for which she has created her site:

"I recently read a book where I encountered a reference to Hildegard von Bingen. She was a poet, musician, painter, and counselor to popes and princes, among others. What I found especially amazing was that she lived in the 12th century at a time that, I thought, women had no access to education or power. And yet, Hildegard von Bingen appeared to have both!

I do not recall learning about her in my history classes. My schooling left me with an impression that women did not contribute much of significance to our civilization other than as caretakers of their families. There were queens, of course, but they were rarely monarchs in their own right.

So then the next question presented itself: How many other accomplished women were there about whom we learned little or nothing in school?

I started searching and discovered that the list of names was endless! You can find books about them, though you may have to search a little harder than if you were looking for information about men. The point is: women accomplished far more than we officially give them credit for. Their contributions are quite impressive, especially considering that they worked without societal support and often in spite of legal restrictions.

Even today, women's contributions are acknowledged less readily than men's. Their names and accomplishments are still being left out of school textbooks. Perhaps the powers that be do not find it in their best interest to promote women, just like they don't bother to promote people of different races, although a sense of fair play would require that they do. Embarrassing, isn't it?

Well, I think this is the point of the reaserch after all, to help us find out details and information about famous women that have had a great influence in history, that have changed mentalities and that have done something for you, or for me.

With no other further presentation, I would like to name some of them:

Cleopatra VII Philopator was queen of ancient Egypt. She was the last Greek ruler of . The name "Cleopatra" is Greek for "father's glory"; her full name, "Cleopatra Thea Philopator" means "the Goddess Cleopatra, Beloved of Her Father."

Today she is probably the most famous of all of ancient 's rulers, and is usually known as simply Cleopatra, all of her similarly-named predecessors having been largely forgotten. Cleopatra was never in fact the sole ruler of Egypt; she only co-ruled with her father, brother, brother-husband, and son. However, in all these cases, her co-rulers were king in title only, with her keeping the true authority. 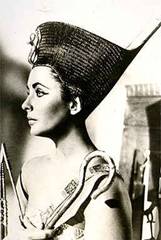 St Joan of Arc (January -30 May ), is a national heroine of France and a Saint of the Catholic Church. At just 17 years of age, she commanded the French royal army. Born into a peasant family, Joan became a French heroine by leading the army of Charles VII against the English and raising their siege of . Captured by the Burgundians, and ransomed by the English, she was put on trial on charges of witchcraft. She eventually was convicted only of wearing male clothes, an offense against the Church, and was burned at the stake. Her legend grew and she became canonized in 1920.

Rosalind Elsie Franklin (25th of July, - 16th of April, ) was a British physical chemist and crystallographer who made important contributions to the understanding of the fine structures of coal, DNA and viruses. 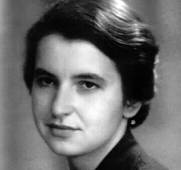 Marie Curie (Maria Skłodowska-Curie, November 7, - July 4, ), was a Polish-born French chemist and pioneer in the early field of radiology and a two-time Nobel laureate. She founded the Curie Institutes in Paris and in Warsaw. Marie Curie, one of the few people to win two Nobel Prizes in different fields, was one of the most significant researchers of radiation and its effects as a pioneer of radiology. 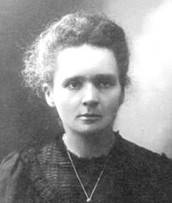 Valentina Vladimirovna Tereshkova (born March 6, ), was the first woman to fly in space, aboard Vostok 6 on the th of June . 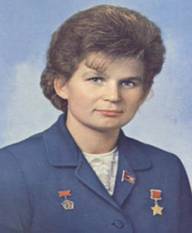 Nadia Elena Comaneci (originally Comaneci) (born November 12, ) is a Romanian-born gymnast, winner of five Olympic gold medals, and the first to be awarded a perfect score of 10 in an Olympic gymnastic event. She is considered by some to be one of the greatest athletes in the 20th century and one of the world's greatest gymnasts of all time. 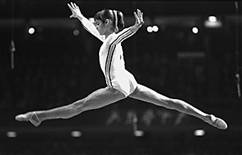 Well, I thought that the project we are working on is about equality, and it is fair to name some famous men, too. I am sure we all have heard their names at least once. And the winners are :